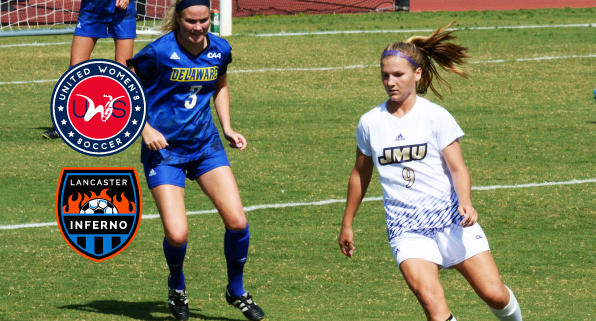 Lancaster Inferno announces the final round of player signings for their 2017 Season in the United Women’s Soccer (UWS) league.

Head Coach Francisco Cleaves says, “With this second group of signees, we complete our roster for the 2017 season. We look forward to working with all of our players, and have high expectations as we kick-off our season on Saturday, May 20th, against the New England Mutiny in Massachusetts.”

Abby Erlemeier signs with the Inferno as a graduating senior standout from Spring Grove Area High School. Abby was a four-year starter and three-year captain for her team. She was named all county first team in 2013 & 2017, all county second team in 2014, and was a York Daily Record All-star her senior year. Abby’s club career included four different programs, she played for Spring Grove (U6-12), Hanover Soccer Club (U12-14), FC York (U11-14), and HMMS soccer club (U15-19). She will enter her first collegiate season at the University of Richmond in Fall 2017.

“I am so excited to start my journey with the Lancaster Inferno this summer. As a graduating senior, I look forward to playing with the best players in the area to prepare myself for college. I couldn’t be more thankful for the opportunity this summer!” 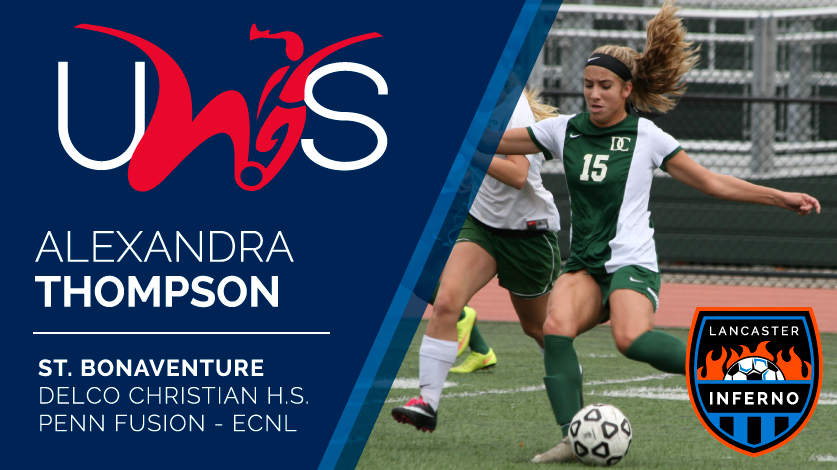 Alexandra Thompson signs with the Inferno as a graduating senior standout from Delco Christian High School (Newtown Square, Pa). She was a four-year starter and captain her senior year. She was named First team all county in 2016, HM all county 2013-15, and first team all league, her sophomore through senior year. She played club soccer for Penn Fusion ECNL 98/99 and was part of ODP PAE (Eastern PA state team). Alex will enter her first collegiate season at St. Bonaventure in Fall 2017. 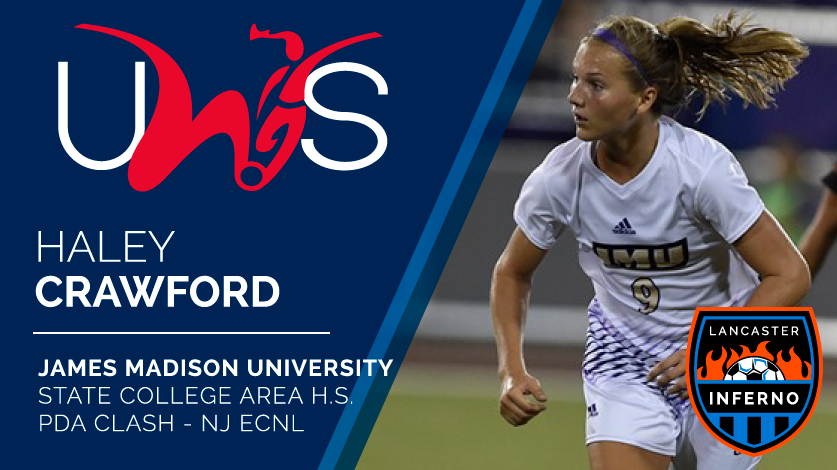 Haley Crawford signs with the Inferno as she prepares for her sophomore year at James Madison University. As a freshman at JMU, Haley started all 20 matches. She was named CAA Rookie of the Year, NSCAA National Player of the week, Rookie Player of the week, and CAA Women’s Soccer All-Rookie Team. In addition, she received the JMU Coaches Award Rookie of the Year, ranking 12th nationally in assists for Division 1 Soccer, and ranked #68 in Top Drawer Soccer Freshman Top 100. She scored 5 goals and 9 assists her first season, for a total of 19 points.

Haley had a successful career at State College Area High School, where she was a four-year starter, with 61 goals and 38 assists. She received the all state award and the Tom Bruce Scholarship Award. In addition, Haley was a Mid Penn 1st team all star (2012-15), a two-year Penn Live All Star, Mid Penn Co-Player of the Year in 2015. Haley played club soccer for PDA Clash New Jersey ECNL U17-18, who was 2013-2015 National Finalists. She also played for North Union United Dynamo 95, STN Soccer, HSA Krew, and competed in ODP.

“I look forward to play soccer at the next level and I am excited to be part of such a talented group of players.”

Kendra Martin re-signs for her third season with the Inferno, previously playing in 2008 & 2009. Kendra was a standout defender at Eastern Mennonite University, 2x Old Dominion Athletic Conference champions. She was named 2nd team all-star, receiving Female Athlete of the Year & the President’s Athletic Award her senior year. Kendra is a graduate of Garden Spot High School, where she was a 4-year starter, 3-year captain, and received Lancaster-Lebanon League All-Star Section II.

“I love playing soccer.  I’m excited to see what we can achieve as a team.  I look forward to continuing my career, advancing my level of play, playing at a highly competitive level, and building relationships with me teammates.  Through our integrity and character, I desire Lancaster Inferno to a great model to girls in our state of something to be inspired by.”

Sam Jankowski signs with the Inferno as a graduating senior standout from Southern Columbia Area High School. She was a three-year starter and senior captain. Sam was an All State nominee, and all league midfielder for three consecutive years. She played club soccer for NU United Dynamo, where they were ranked 1st in state, 12th in nation. Sam will enter her first collegiate season at St. Francis University in Fall 2017.

“I hope to improve myself as a player with Inferno to prepare myself for my first collegiate season at Saint Francis!”

Sarah Pavlovich signs with the Inferno for the 2017 season after completing her freshman season at Lynchburg College. She appeared in 10 games on the backline in her first season with the Hornets, who finished 15-3-3. Sarah is a 2016 graduate of Carlisle High School. She played club soccer for South Central Pa Soccer Academy (SCPASA) from 2011-16, South Middleton Soccer Association (SMSA) from 2010-14, and the City Islander Academy in 2011.

“I am very excited to be a part of the Lancaster Inferno program to learn and develop as a player.”