Inferno Announces Second Round of Signings for 2016 Team

Lancaster Inferno is excited to announce the second round of signings for their 2016 season in the United Women’s Soccer (UWS) pro-am league. This group includes local and international players that will join the team in preparation for Inferno’s Home Opener on May 22nd at Millersville University’s Pucillo Field (5pm). New to the team are Guatemala WNT player Coralia Monterroso (University of New Brunswick), Ashley Chilcoat (LaSalle University), Julia Rios (Bloomsburg University), and former France U20 WNT player Alexandra Plantive (ESOF LaRoche). They are joined, after a short absence from the team, by Amy Rieker (University of Delaware). 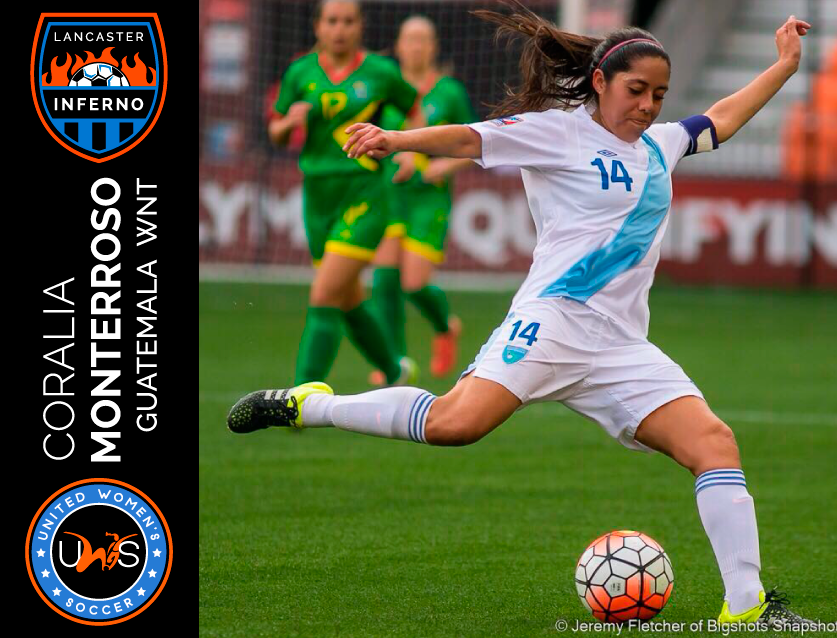 Coralia Monterroso is a member of the Guatemala WNT which most recently participated in the CONCACAF Olympic qualifiers. She was a member of the U17 and U20 programs and has played for several years in Guatemalan Women’s League champion UNIFUT.

On signing with the team, Coralia says, “I feel excited to have the opportunity to play for Lancaster Inferno, with such talented players and I am sure this will be an incredible summer and an amazing experience!” 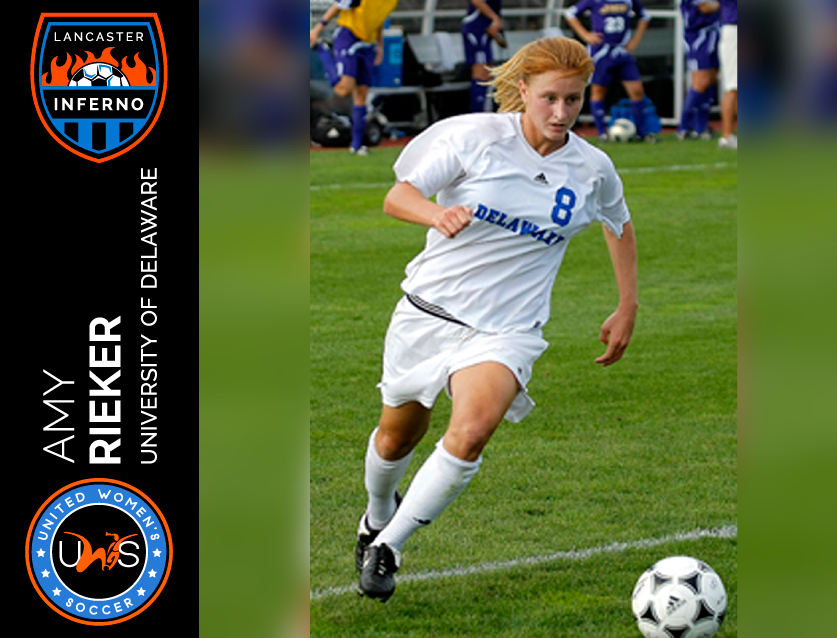 Local standout, Amy Rieker (formerly known as Amy Pickard), made the 2011 All conference Colonial Athletic Conference (CAA) and was named Team MVP in 2011 for the University of Delaware. She had a total of 25 goals in her collegiate career. Amy also scored the 1st goal of Inferno’s inaugural season in 2008 and led the team to conference semifinals. Amy was named two-time All-State at Lancaster Catholic and holds the school record of 82 goals. She was also on the 2007 National Championship team for Eastern PA ODP. 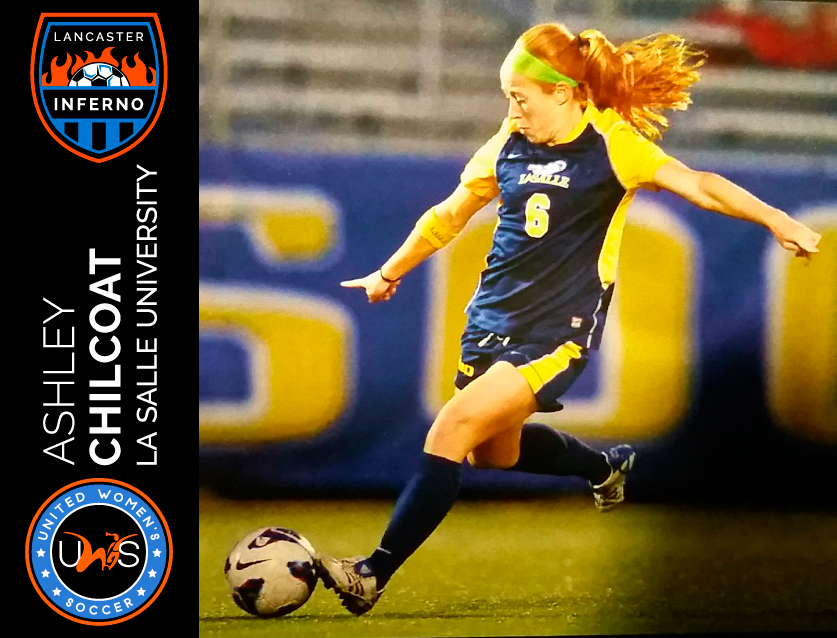 Ashley Chilcoat played for La Salle University and anchored the defense that won the Atlantic 10 Championship in 2012-2013. As a four year starter and two year captain, Ashley was named the A-10 All Championship Team and holds the record at La Salle for most games and minutes played in four years. Ashley’s club career included time with 2 programs: FC York and FC Delco. She was a two year captain for the EPYSA State Team, who was Region 1 Tournament Champions. She also played for the U-18 Select Region 1 Team that played in Russia. A graduate of Susquehannock HS, Ashley was a two year captain and 2-time Player of the Year, with 52 career goals and 35 assists for the Warriors.

On signing with the team, Ashley says, “After college very few players have the opportunity to compete at a high level. I am excited and thankful for the chance to continue to play the game I love with the Lancaster Inferno.” 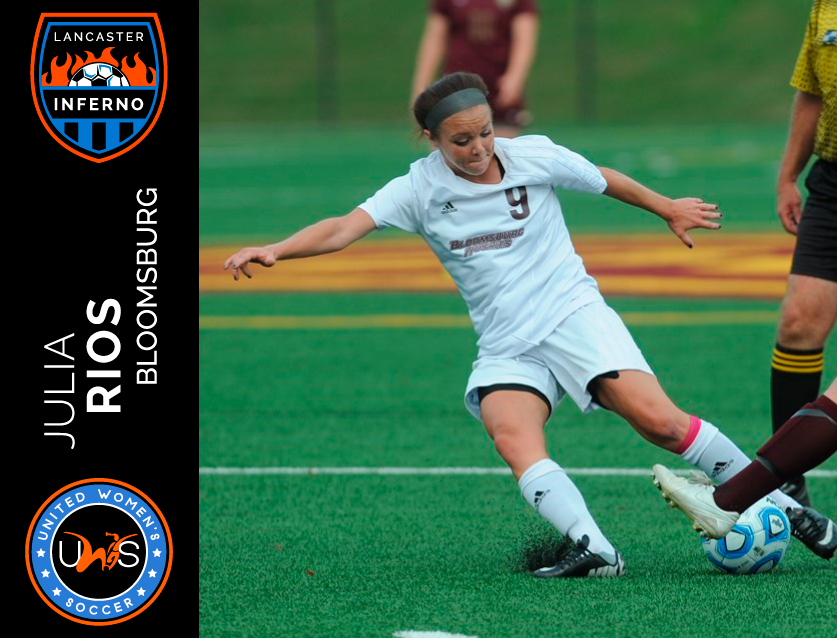 Dynamic midfielder, Julia Rios played for Bloomsburg University. Prior to her collegiate experience, she played for Penn Legacy Soccer Club, and was a four year letter winner for the Girl’s Varsity team at Penn Manor High School. As a starter at Penn Manor, Rios helped lead the team who was runner up in the PA State Finals in 2011. 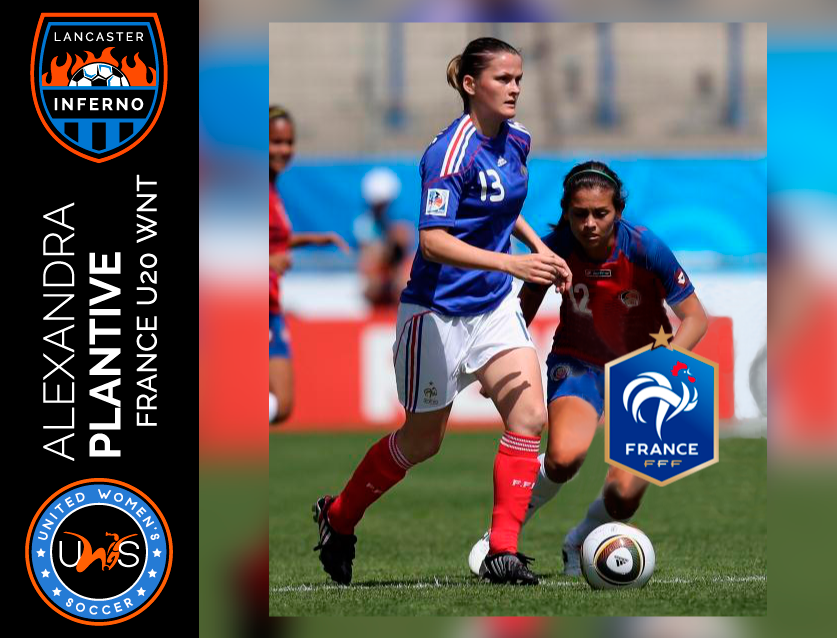 Alexandra Plantive most recently played for ESOF La Roche-sur-Yon in the National 1 Division in France. She was also a member of the France U20 Women’s National Team making her first appearance against Sweden. In 2010, Alex competed in the U20 World Cup in Germany where France played against Germany, Costa Rica & Columbia.

On signing with the team, Alex says, “I am excited to be part of the Lancaster Inferno and I am looking forward to a great season!”