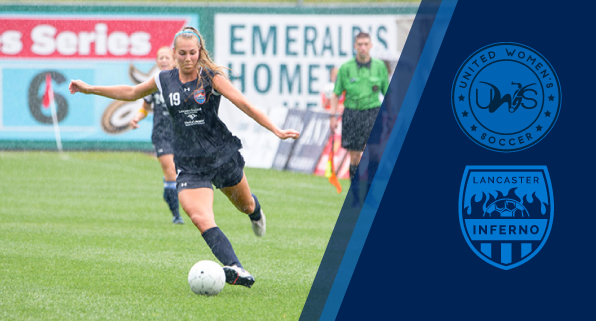 The Lancaster Inferno played in the inaugural season of the United Women’s Soccer (UWS) league last year and it proved to be an exciting and challenging experience. The Inferno will aim to better their record of (4-5-1) from last season.

Head Coach Francisco Cleaves states, “Entering the new league at a higher level of competition was challenging and we fielded a very competitive team. Unfortunately, due to some injuries and schedule conflicts we lost momentum at the end of the season. The key for us this season will be how quickly we can learn to work as a team as we have a lot of new talent.”

New to the team include:

Check out the first & second rounds of player signings.

“We open the season with 3 away games so we will need to ensure we can get positive results and build a momentum that can carry us through the end of the season. The league has added several high caliber teams to our conference which provides a high level of play for our players and makes it fun to watch for all our fans,” Coach Cleaves remarks.

The Inferno is on the road for their first game of the season this Saturday, May 20th against NE Mutiny at 7pm (Longmeadow, MA). Follow @LANCinferno on Twitter for live game tweets.

Cleaves says, “We are grateful to our loyal fan base, five youth soccer club partners, and the support of local & regional businesses. Inferno’s home matches have become a very popular event for families and the soccer community. Our volunteer staff is working hard to create an enjoyable game day experience for match attendees this year. I look forward to the season ahead.”