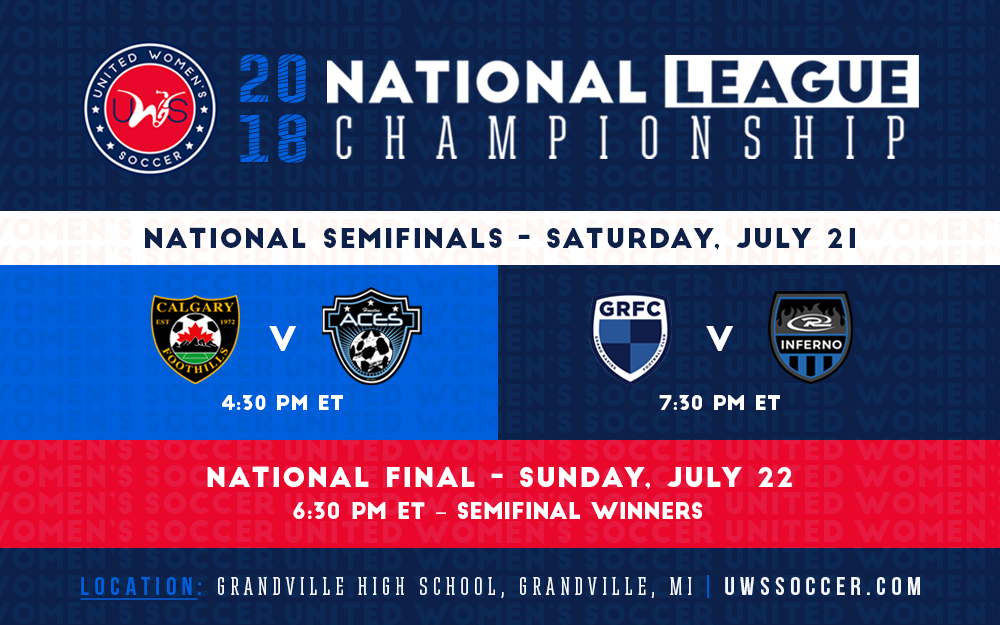 Inferno had clinched the East Regular Season title with a week to spare and after falling to Long Island (0-1) in the regular season finale, they fired back to get past the Fusion in the East Conference Championship Game (2-0) to claim their spot in the final four.

“The key for us will be to focus on our game plan and finish on our scoring opportunities. Grand Rapids FC has the advantage of having been in the Final Four before and are also the home team. Regardless, I believe our team will respond well to this challenge.”