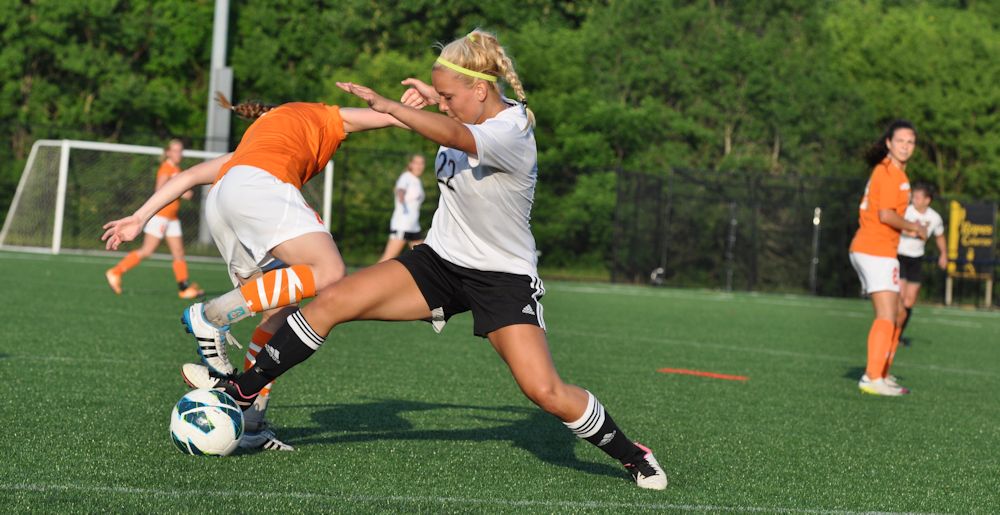 The Inferno had another exciting match for our second game of the season. We played Buxmont Torch at our home field, Pucillo Stadium at Millersville University.

Just thirty seconds into the second half Lancaster Inferno player, Stephanie Cleaves (#7), scored an unassisted goal in the upper 90. This seemed to energize the team, but our lead was quickly changed to a tie just a few minutes later when Torch player Shea Neal (#5) put the ball in the back of the net assisted by Mandy McCarty (#2).

Inferno player Natalie Connell (#12) scored Inferno’s final goal on a break-away just four minutes before the end of the game.

Torch also came on strong the second half, but our keeper, Emily Dolan, had a number of amazing saves, ensuring our team’s victory. When the whistle was blown, Inferno had a 5-1 lead over Torch.

Both teams enjoyed an after-dinner meal at our team’s Clubhouse Tellus360. The cameraderie was great and the food was awesome, thanks to our sponsors, New World Pasta and Cortazzo Foods.

Plan to come out to our next home game on June 13 at 1:00pm. We’ll be playing New York Athletic Club (NYAC) and are planning some great entertainment!